Here is the latest unit off the painting table - the 72nd IL. These are 28mm Dixon figures based for "Johnny Reb". I have been fairly productive lately (for me!) and this is  my second 25 figure unit in two weeks. If I can can crank out a unit a week for the next few months I'll have enough figures for the scenario I'm planing to run at next year's Nashcon (and some time for playtesting).

The 72nd IL fought at Franklin, TN and were in the thick of the fighting near the Carter House.They were part of Schofield's 23rd Army Corp, Second Division, and Col. Strockland's Third Brigade. 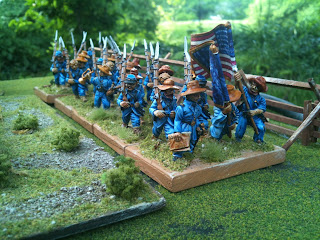 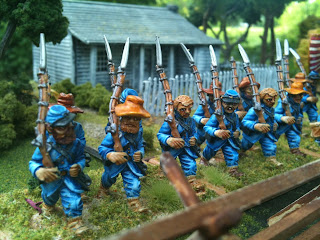