Well, the local gamers have bitten the Bolt Action bug pretty hard, so I've decided to jump in. They are doing all of the typical late war cool tanks and equipment stuff, but I wanted to do something earlier in the War, so me and my buddy Chris decided to start with North Africa 1941-1943. He's doing 8th Army and I'm doing DAK. Another local guy has some Italians, so we should be able to run some decent games.

I like Bolt Action, but I've also picked up Chain of Command and would like to give those rules a try too. Here are some of my pictures. I still need some decals for the tanks and vehicles, and I need to hit everything with a matte finish still..... but at least you get the idea of what I'm working on for my first project of 2015. 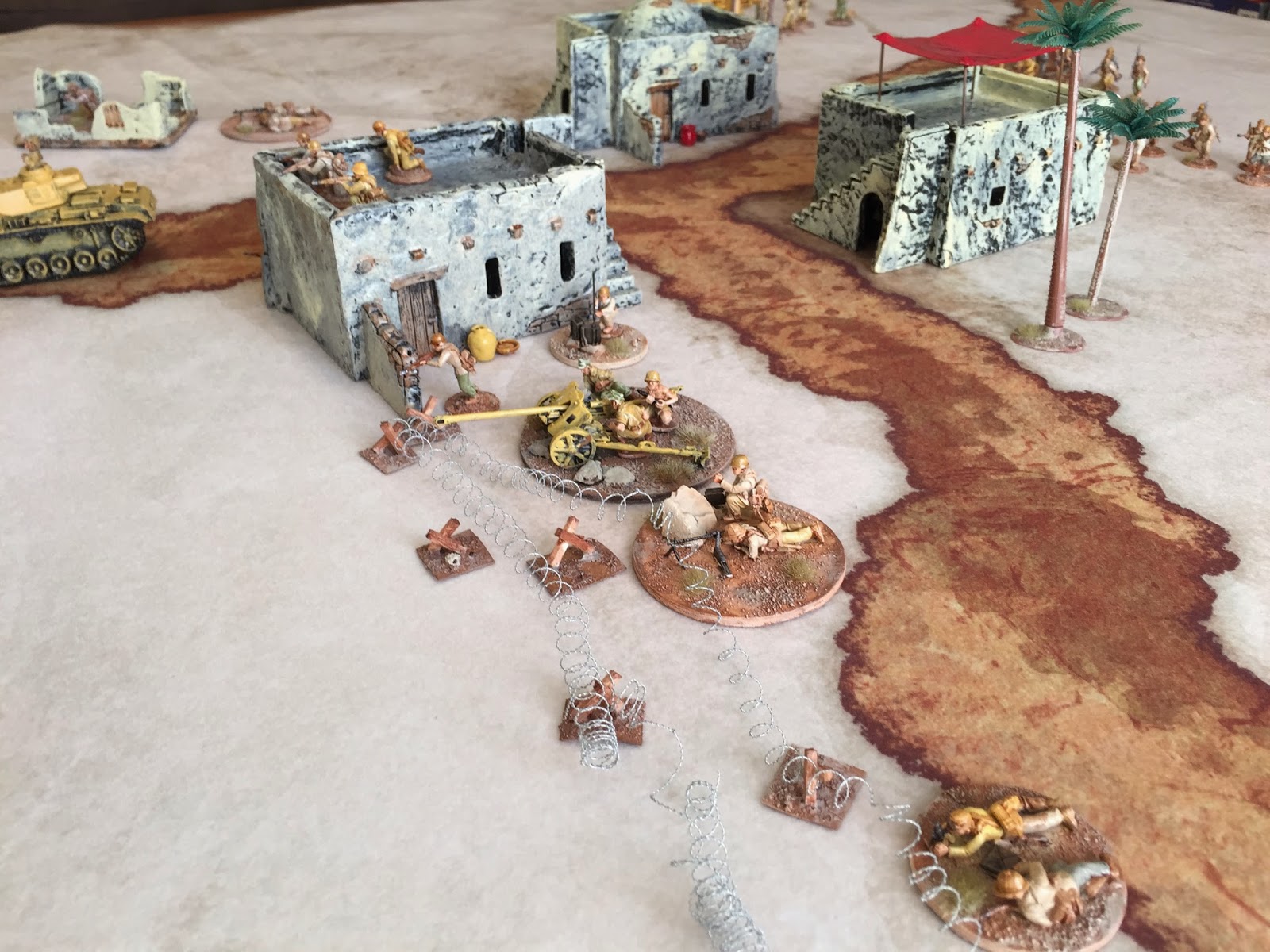