War of the Roses game at Nashcon 2018

Me and my friend Titch run this game every year. This is a project that we have been slowly working on since 1999. The goal has been to add a unit or two every year and fight a scenario at Nashcon every year using all of our forces! The first table we used was probably 4x4 and now we have grown to a 6x20 table! We couldn't it all the troops on our table this year and will definitely have to use a 24 ft long table next year!

We use a slightly modified version of Medieval Tactica. It's a simple set of rules, with hand fulls of six sided dice that is perfect for convention games. We played a scenario based on 1461's battle of Mortimer's Cross. We played to a conclusion in about 3-4 hours!

Here are some pictures of the game: 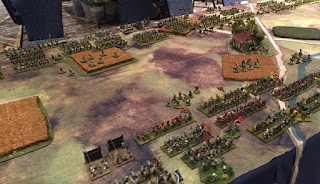 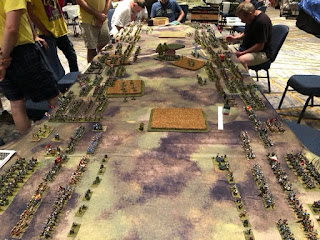 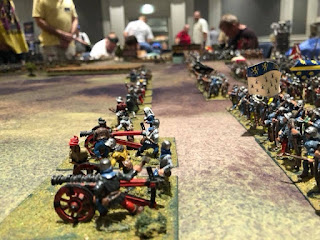 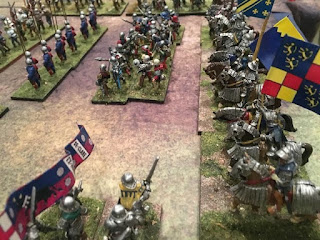 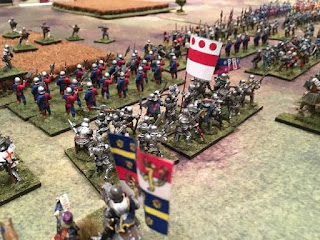 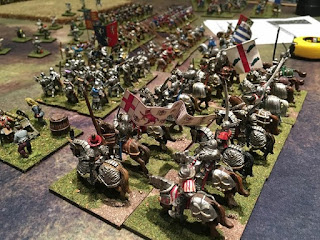 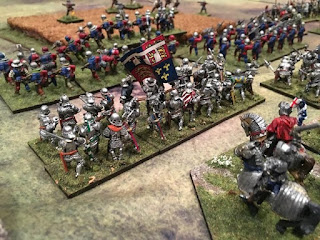 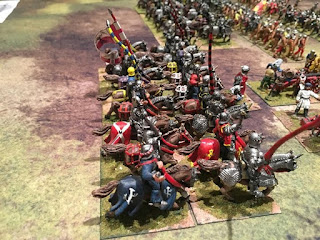 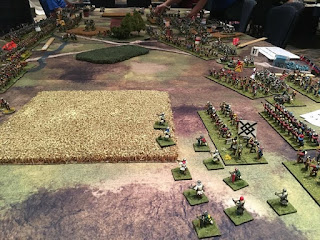 Email ThisBlogThis!Share to TwitterShare to FacebookShare to Pinterest
Labels: Nashcon, Tactica, War of the Roses